When you think of AI, the first thing that comes to mind probably isn’t an automated content creator. Yet, as digital marketers well know, this has become a reality in recent times. From auto-generated blog posts to algorithmically created tweets and Instagram posts, AI content creation is becoming more common. Even websites like Reddit now have entire sub-forums dedicated to AI-generated content. And companies like Narrative create a dedicated platform for users to share automated stories with one another – a sort of “robo-TGIF” if you will. This rising trend raises an important question: how can we detect if someone is using AI to generate content? After all, when anyone can generate text documents or even entire books with just a click of a button, how will we know when someone isn’t human?

The first step in detecting automated content is simply knowing what to look for. In order to do this, we have to understand how automated content generation works. In general, there are two main ways in which automated content can be generated. The first way is through natural language generation. In this process, an algorithm is fed human language which it then uses as a “seed” to create new content with similar stylistic and linguistic properties. This is often used for simple blog posts and similar types of content, where the goal is simply to create large amounts of relatively low-quality but easily digestible content. The second way is through artificial intelligence. In this case, algorithms are fed large amounts of data and used to “train” a program to think and write like a human. This is more commonly used for longer pieces of content like books or academic papers, where the goal is to produce high-quality content that would normally be difficult to produce manually.

When trying to detect if an article or other piece of content was generated by an AI program, there are a few telltale signs to look for. Typically, if you see that an article has little to no human emotion or other stylistic nuances and seems to have a robotic “flow” to it, it’s a likely candidate for being generated by a computer rather than written by a human. Another common technique is to look at the numbers. Human-written content is more likely to contain certain patterns or numbers – such as numbers that correspond to data points or statistics being discussed in the article. For example, if you see a sentence in an article about the economy that ends with “(data for this is sourced from…”, there’s a good chance that this sentence was generated by an algorithm. This is because such a sentence would be extremely unusual for a human to write naturally but is a common feature of automated content.

The Rise of Generated Content and Why It Matters

While generated content may seem like a harmless novelty, it does have serious implications for the way we consume information online. As mentioned, one of the primary uses of generated content is to create large amounts of content that is relatively low quality but easily digestible. This sort of automated content may be helpful for online publishers looking to scale their business rapidly, but isn’t very useful to readers. Even the best AI programs can’t compete with the creativity and nuance of a human writer. They lack the ability to think outside the box, to create unexpected metaphors and similes, and to weave together a narrative that is both intellectually stimulating and emotionally engaging. More importantly, the rise of this generated content will likely make us more suspicious of information on the web. When we can’t trust that an article or a blog post or even a book review is genuine, it becomes harder to discern what is real and what is false.

When it comes to spotting AI-generated blog posts, the best way to tell is by looking at the numbers. As mentioned, one of the telltale signs of generated content is that it often contains numbers that correspond to data points mentioned in the article. When spotting automated blog posts, then, you can try searching the article for numbers and statistics and see if the numbers seem to be “sourced” from an arbitrary source or if they make any logical sense. If you see that the numbers don’t seem to make any sense or if they appear to have been pulled out of thin air, there’s a good chance that the article was generated by a computer program.

When it comes to detecting AI on Twitter, one of the easiest ways to tell is by examining the profile of the account. If the person or company running the account has a hilariously low number of followers for how long they’ve been tweeting but goes on a posting spree all at once, you should probably raise an eyebrow. If this account suddenly starts posting links to articles with a “source” that links to some random webpage with a bunch of gibberish, you should definitely be suspicious. If you notice that a “person” on Twitter is only retweeting other bots and never human beings, you should definitely be suspicious.

When it comes to detecting AI on Instagram, you can look at a couple of different things. First, you can examine the account’s follower-following ratio. If you see that the account has a ton of followers but only follows a few people (or no one at all), that’s a pretty good sign that the account is automated. Another thing to look for is the account’s posting frequency. AI Instagram accounts tend to post extremely frequently – some even post as much as 10 or 20 times per day. If you notice that an account posts this frequently and doesn’t seem to have any sort of “personality” or followers, there’s a good chance that the account is automated.

As AI technology continues to advance and more people find ways to use it, it will become increasingly important to be able to tell the difference between true human-generated content and the artificially generated kind. Having the ability to spot the signs of automated content will allow us to avoid being fooled by false information and being tricked into believing that a computer program has some sort of insight or creativity it simply doesn’t have. It will also help us to avoid being swindled by unscrupulous online content creators who use AI to generate large amounts of low-quality content in order to scale their business quickly and cheaply.

PrevAmazon Affiliate Requirements – Disclosure and other RulesSeptember 9, 2021
What to do When a WordPress Website is Hacked!April 5, 2022Next 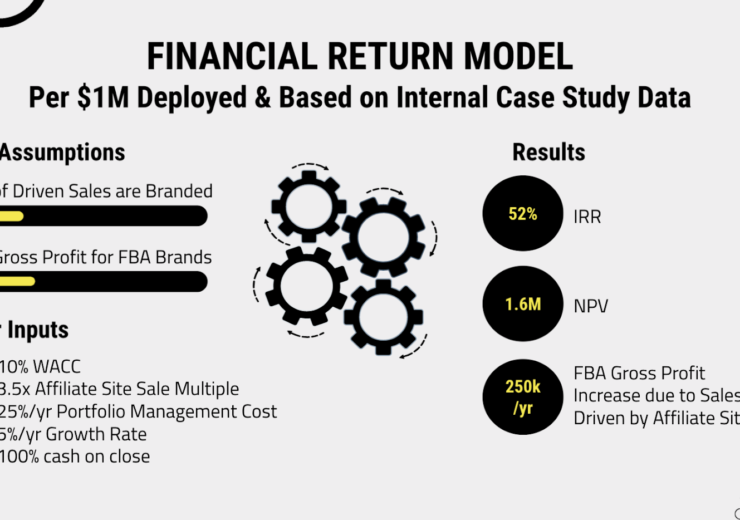 This article looks at the business case for Amazon FBA Brands or Aggregators to...

When you think of AI, the first thing that comes to mind probably isn’t an automated...